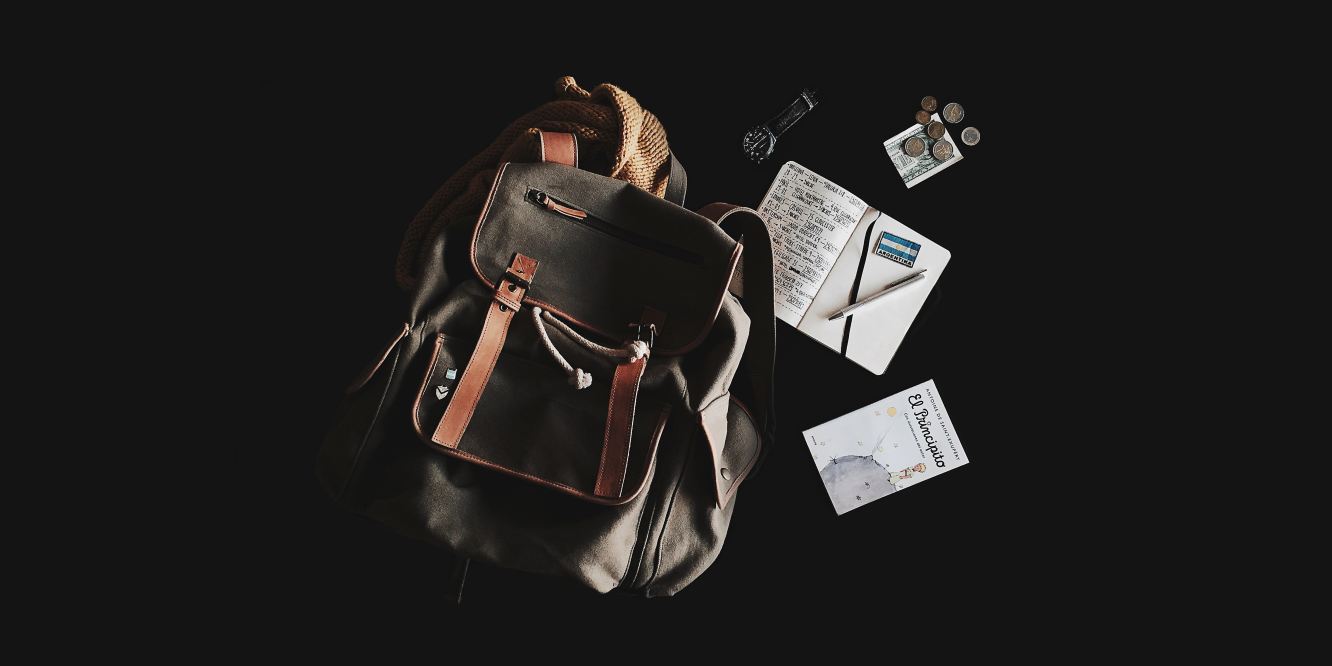 In my third year of university I began to work as a graphic designer at my school’s newspaper. I found the products created on-the-job, such as a full-page layout in the of the sections of the newspaper, fascinating.

Consequently, I began exploring the world of graphic design and eventually considered the possibility that I might want to pursue the subject professionally. I was overwhelmed by university assignments at the time and stupefied by the software (Adobe Creative suite) I needed to learn to execute even the most basic task, so I abandoned my pursuit.

Eventually, I applied for the Art Fundamentals programme at Sheridan College because if I wanted to do this, I wanted to be completely thorough. This was in my final year of my undergraduate degree and I had no idea what incredibly tough lessons I would learn once I embarked on this journey.

There are many important lessons I learned, but I’ve decided to list the 4 most relevant ones I learned about undertaking a career-change below.

Among the myths told to university students ( E.g. “Your college major does not matter) is my new favourite: “You can professionally pursue a career in one field despite completing your undergraduate degree in an entirely unrelated field.”

This is patently false because what you study in undergrad does impact the choices you can make later in life. You may be able to make an unorthodox choice – like pursuing graphic design professionally after training to be a social scientist – but the transition that comes afterwards should not be underestimated.

For example, ‘A’ graduates with a Bachelor’s degree in mechanical engineering but decided to become a UX writer. He will definitely struggle with different aspects of his new job, such as learning new software and adapting to the unique way his new discipline analysed the world. Similarly, the rigour of art school and the huge time committed to the discipline outside class was something I was entirely unprepared for an had to adapt to quickly.

2. A change of career really tests your survival skills.

Adaptation is key to survival and this is particularly true when making a professional transition. Many of us pursue second qualifications when changing careers and have to deal with the additional stress of coping with a new academic environment.

For example, I struggled most with something as simple as where to store to art material that I did not require immediately and could not store at home. I found my solution when I discovered an on-campus plan which allowed students to rent a locker for the entire year. Similarly, I struggled with staying healthily hydrated when I was on-campus for several hours at a stretch, which was most days. Addressing these small concerns was made harder by the knowledge that I had to meet the standard of my new discipline satisfactorily.

All these challenges test my resilience on a daily basis in my first term. My guess is that it will do the same to you.

3. The reality that there are others who are much better prepared for your new profession than you are.

One of the things I had difficulty accepting that there were students who were much better prepared in the very competitive field I was about to enter.

In other words, students with a B.A in Graphic Design or Illustration had the benefit of the more time and expertise to hone their craft. On the other hand I had only a year to achieve a similar, if not better, level of professional competence.

I realized that I had to be more strategic about my time and what I chose to study. I intend to work in Branding & Identity Design and have decided to dedicate the largest chunk of my time to learning the skills required for that field. This comes at the price of neglecting Character Design and Motion Graphics – two subjects which I am very passionate about.

One of the most important lessons I learned was that it was essential to ignore other people’s professional trajectories while I was in the process of re-writing my own. I made, and still make, it a point to avoid scrolling the ‘Home’ page on LinkedIn to ensure that I wasn’t distracted by my acquaintance’s professional success or failure.

I deliberately mentioned both professional success and failure in the paragraph above. This is because the transition between careers is a very uncertain and deeply unsettling time. I confess feeling very demotivated when I struggled to add projects to my portfolio. Similarly, I felt particularly jubilant when I read/ heard that the economic prospects of my new industry were looking increasingly positive.

These positive and negative feeling were exacerbated by what I read on LinkedIn. When an old acquaintance announced an exciting career change I remember wrestling with the feeling that my own professional prospects were going nowhere.

I significantly reduced the time I spent on LinkedIn and Twitter so I could cope with all this uncertainty. Trust me, my Facebook sabbatical has never felt so good.

I write about art, design and life as a creative! View all posts by Sonali Gill

This site uses Akismet to reduce spam. Learn how your comment data is processed.